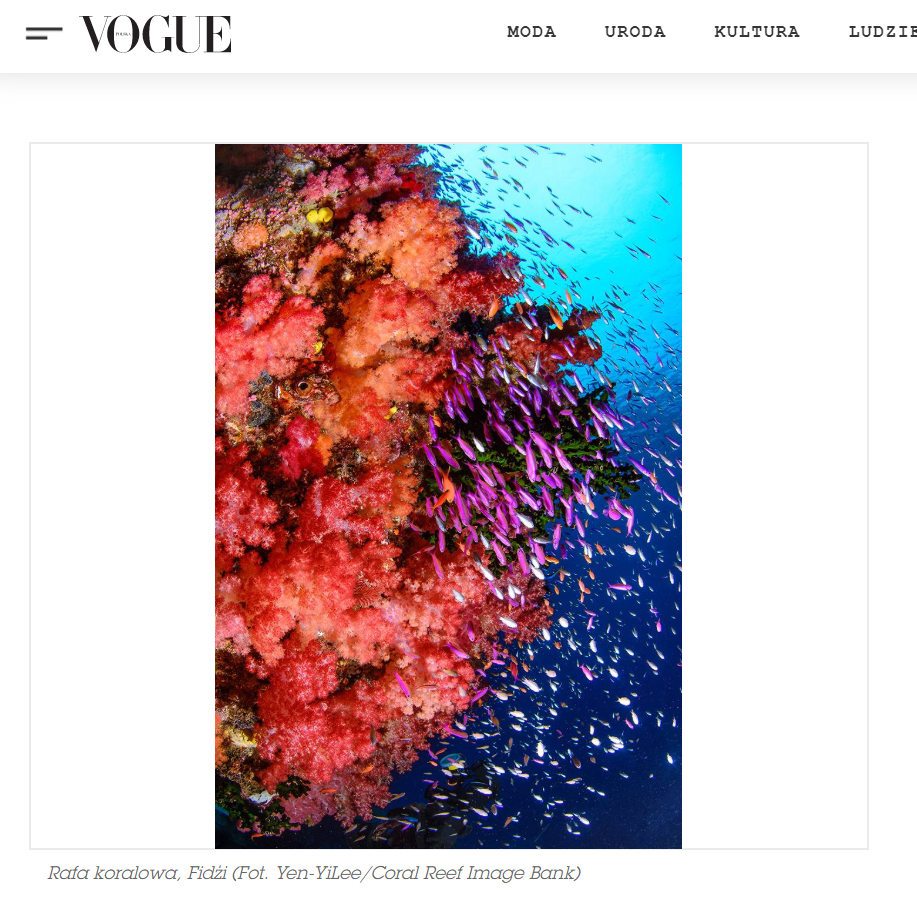 This is my first piece in my bi-weekly column for Vogue Poland (online edition) in which I wrote about the oceans and how we influenced them with our actions, and how that affects us in return. The column tackled various topics, but was mainly focusing on climate change, pollution, and plastic. After some time, its focused shifted from oceans to global climate change.

What’s the colour of the year 2019, according to Pantone? It’s a „living coral” – a beautiful pinkish/reddish colour with a golden hue. It’s in stark contrast with a colour of a dead coral, which is ghastly white covered with brown algae.

Only in 30 years we have lost 50% of world’s corals due to pollution and bleaching. Today, scientists know for sure that bleaching is related with global warming. Oceans are absorbing 93% of the heat caused by our emission of CO2 (Try to imagine that if they weren’t doing that the average temperature on land would be 50C!) – and they get warmer and warmer. Now a slight change in the temperature (around 2C) can trigger coral’s reaction – they will get rid of their symbiotic algae, zooxanthellae, which gives them both food and colour. Without zooxanthellae – corals die. I’ve seen coral graveyards in Belize and in Thailand. Vast areas of rubble with random fish, a reminder of once a beautiful and thriving ecosystem. When we lose coral reefs we lose 25% of all marine live that is supported by them. Hopefully corals won’t become only a colour numbered by Pantone 16-1546, which we can put on our walls, but can’t see in nature.

Full article can be accessed in Polish here.